A Tail of Two Cities
Abu Dhabi and Dubai are two cities with vastly different personalities united by common cultural ideals and practises. Their real estate markets have also reached different points in their cycles and when considering the property market in the UAE these two giants may be brothers, but need to be treated as individuals. Dubai is witnessing a slowdown and perhaps a peak in sales and rental prices and some are wondering if there is a chance of a correction and if so by how much? Or will it get a new lease of life and carry one upwards? Abu Dhabi on the other hand still shows good growth across rental and sales prices but seems to be taking a pause for breath as some huge property releases in Q3 of 2014 has softened the rental and sales market in the Nation’s Capital.

Black Gold
There has been much in the press recently about the sudden slide in oil prices across the world and much debate over how the economies of the big oil producing nations will be affected. It is no secret that Abu Dhabi in particular has an economy that is heavily reliant (although less so each year) on oil revenues. It is one of the best placed oil producers in the world to withstand long-term low oil prices but if, as is predicted by many, oil prices stay below the 75 dollar per barrel mark for 2015 we may see a scaling back, not just of fresh exploration but also perhaps of the Emirate’s ambitious and costly infrastructure projects as well. Dubai is far more reliant on commerce but with oil being a big factor in the region any reduced profitability from the resource will have an impact on Dubai’s intra-regional trade as well with a knock-on effect on its economy. All this means less jobs and less jobs means a smaller population and a softer real estate market in the UAE. 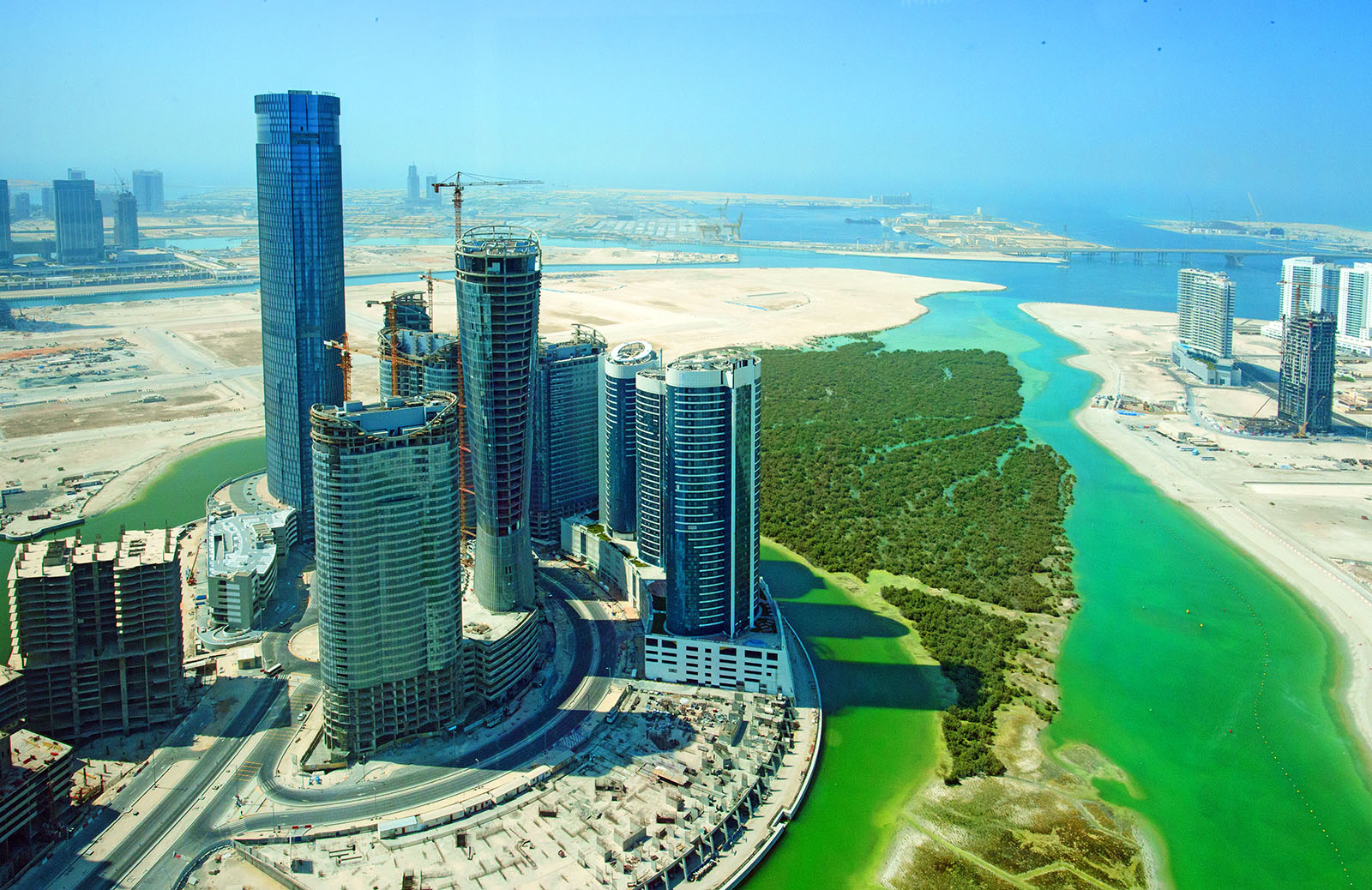 The Pipeline
In any prediction of what is going to happen to a real estate market you need to look not only at populations statistics (is it growing or shrinking) but also the pipeline of property that will be coming to market. Dubai is a flexible dynamic market with a lot of developers and plenty under construction and JLL for example have predicted that supply will increase by around 6% in 2015. Abu Dhabi on the other hand has fewer developers and has been far more cautious since the 2008 crash, JLL predicts their supply to grow by just 2.8% in the coming year. Look out for a shortage of supply to keep rents rising in the Capital throughout 2015 if the influx of population is greater than the supply, and consider if Dubai will face a converse glut of empty property forcing rents down.

Regional Stability
One of the reasons for the levels of investment seen in the UAE is the language and culture of the Emirates and the relative instability of the rest of the region. The UAE has been a relative safe-haven for capital and citizens from all over the Middle East and it will continue to be so for those who feel it is unsafe or unwise to invest at home. As is so often the case a lot of this money has been invested in real estate which has been a traditional safe-haven for spare cash. Sadly we’re unlikely to see much change in Syria and Iraq over the next year but watch Egypt’s steady improvement and the chances of a deterioration in Lebanon and Libya to judge whether capital will return to its old home, of arrive in the UAE’s property market looking for a new one.

Indian Influence
Indians have historically been the most active of the expat real estate investors in the UAE according to the Dubai Land Department. A significant part of this investment has been caused by Indians fleeing the falling Rupee which hit an all time low against the dollar in 2013. Many expats are now shifting their gaze back to the mother country as investors are predicting the Rupee to rise up to 8% in 2015 due to the actions of the new government lead by Narendra Modi, who have vowed to prop it up. If outlook for the Rupee improves look out for Indian expats selling up here in the UAE to reinvest in the Sub-Continent for better gains.

Persian Promise
The government of Iran under Hassan Rouhani has made huge strides throughout 2014 to thaw its relations with the world at large and its neighbours in the Gulf. A normalising of relations with its neighbour Iran would reap huge financial and trade benefits for the UAE and would encourage more Iranian individual and investors to take up residence in the Emirates. Keep an eye on UAE Iran relations and expect a flood of new money and investment if significant improvements are made.

Government Regulation
2013 saw several largely successful attempts by the Federal Government and the Government of Dubai to slow what they saw as a potential bubble in the real estate market. The Federal Government introduced loan to value requirements for mortgage providers meaning that buyers had to have a certain sized deposit if they were to get finance (15% for Emiratis and 25% for expats, if this was their only home). The Government of Dubai also raised the transfer fee on property sales from 2% to 4% making it harder to flip properties and encouraging end users into the market. Keep an eye out for any adjustments to these rules. If the market really is slowing in the UAE then the Government may be tempted to relax some of these rules to kick-start it once more.

Around six in 10 UAE residents plan to invest in property in the UAE or overseas, making real...
Continue reading
by Ben Crompton

Why do some real estate agents get such a bad rap?

As much as UAE residents love their life in the Emirates, they also enjoy complaining. Trawl any...
Continue reading
by Ben Crompton